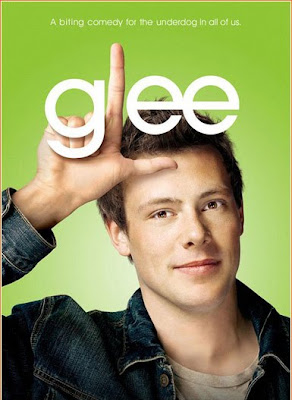 Did anyone watch "Glee" last night? In this latest episode, Finn, a high school football player whose cheerleader girlfriend is pregnant and has decided to make an adoption plan, admits to a friend that he's really sad that he'll never get to know his unborn daughter (the baby's actually another man's child, but he doesn't know that yet, so disregard that fact for now), and will never get to tell her he loves her. He also mourns the fact that she'll never know that he loved her and wondered about her and wanted to know her. The scene comes to a climax with him singing The Pretenders song, "I'll Stand by You" to a video of a sonogram of the baby that's playing on his computer.

"Glee" is a silly show. It's a sit-com with some musical theatre thrown in. I like it, sure, but it's pretty fluffy.

But I have to say, watching Finn sing longingly to a little pulsing sonogrammed image of what he thinks is his unborn daughter about how much he cares for her, how he wants to support her throughout her life both caught me off guard and choked me up.

So many of us who were adopted under the closed adoption system fantasize about having been wanted and thought about and cared for in this way, and so many of us never get to know if it happened. The not knowing hardens us, leads us to think we weren't wanted, weren't ever cared for, weren't longed for or pined over. Maybe it's just a fantasy, like the musical theatre sequences in "Glee." But maybe, just maybe, somebody really wanted to "stand by" us, but just couldn't.

Your thoughts?
Posted by Andrea at 1:07 PM 4 comments: 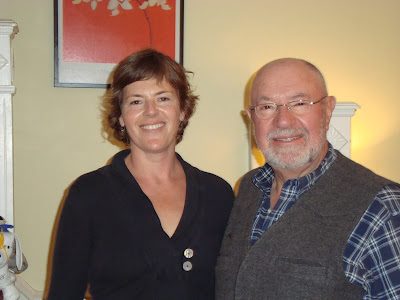 I haven't posted for a month, and it's the first time I've neglected my blog like this. It feels awful, but I have been incredibly busy and sick, dear readers. So I hope you haven't given up on me. I just needed to attend to a few other things, like my new job that is kicking my butt, and these viruses that are kicking my immune system's butt.

ALSO.
Also, my birth dad came to visit me for the first time ever. Yep.
Yeah, that's him up there in the picture standing next to me. I'd love to hear from you whether you think we look alike. He claims I am a spitting image of him and the rest of the fam.

So, you might ask, was his visit a big event for me? Yes. Yes it was. Was I freaking out? Oh, just a bit. Why? It's hard to explain.

But that's what I want to write about because that's what everyone wants to know about this business of being an adult who was adopted as a newborn under the closed adoption system. What's it like to meet a parent you've never known, a parent who (at least claims he) never knew you existed, and to try to strike up a relationship with him? Especially when that parent is a 65 year old politically conservative male cattle rancher who runs a heavy equipment leasing business, and you are a youngish-middle-aged, super lefty female college professor and writer who has no business sense whatsoever? But there is some spark of recognition between us, and there's a drive to know one another, to understand what we mean to each other and what we have in common.

The real problem is that there's no map.
Francis and I are Lewis and Clark stuck in a canoe together with nothing to help us navigate but an overused spotting scope and some old inkpens.

One thing I learned about him during this visit is that he's a pretty quiet man. or maybe this quietness is a new thing--he's had some pretty serious health problems during the last year, and I can't help but wonder if they have changed him. He seems more forgetful, more reticent than the first time I met him (about a year ago), when he seemed gregarious, loquacious, forthcoming. Which one is the real him? I wonder if I'll ever know who he really is or who he has been all these years that I didn't have the chance to know him.

Another thing I learned about him during this visit is that he's really into geneaology, which would explain his interest in me. He even asked to see baby pictures of me! Too bad he asked for them when he was on his way to the airport to depart, but it's a start.