It's been a whole week since I returned from the adoption conference in Provincetown, and my life has been too busy to blog about it yet. But here's a little taste:

On Sunday, July 12, I got to meet the fabled adoption writer, Betty Jean Lifton (of Twice Born, Journey of the Adopted Self, and Lost And Found fame). She gave a great keynote address, and afterward, a friend of mine introduced me to her. I asked her about living in reunion--when it feels like you've finally arrived because you've found the sought-after person (in this case, my birth mother), but even though you've finally "arrived," you don't know where you are. (That's how it feels for me. I'm so happy to know Carol and to have her in my life, but I have a hard time connecting with her.)

When I asked Betty Jean Lifton what I should do about this, she asked me, "What do you want from your birth mother?"

I had to think quickly--I realized I don't really know what I want from my birthmom. I said "I want to know what happened!"

Yes, I suppose that does create a conflict. And a bit of an impasse.

Thinking about it more, I realized that what I want from my birth mother is to know everything. To know her. And it seems so impossible.

On another note, BJL's reference to the "Navel of the World" stunned me. I have long had an obsession with the mythic idea of the navel of the world--I've written about it, researched how this notion is expressed in various cultures around the world, and, most importantly, have identified it as an important centerpiece in my understanding of myself as an adopted person.

I would love to post a few pieces of my writing here that refer to the navel of the world to show you what I mean, but alas, I am away from home and thus away from all my computer files. I'll post them later, when I return home.

Which brings me to my final point: I'm going on vacation--the kind where there are no computers (hard to believe such places exist anymore), so I'll be on hiatus from posting until August 1.

I'm off to Read at and Enjoy a Conference 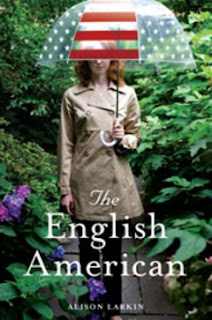 The Adoption Resource Center and The Center for Family Connections is sponsoring a special conference in Provincetown, MA this weekend, and I'm lucky enough to be able to go! I even wiggled my way into giving a little reading of my adoption-related poems and essays, and I'm so excited. I'm looking forward to telling you all about it, but in the meantime, check it out via the link above; maybe you can drop in for part of it. I would especially recommend the performance, which is open to the public, btw, by actor, comedian, and writer Alison Larkin. I recently read her novel, The English American, and I loved it. I highly recommend it--it's written from an adoptee's perspective (she's an adult adoptee), and it chronicles her search and reunion experience with her birth families.

"When Pippa Dunn, adopted as an infant and raised terribly British, discovers that her birth parents are from the American South, she finds that “culture clash” has layers of meaning she’d never imagined. Meet The English American, a fabulously funny, deeply poignant debut novel that sprang from Larkin’s autobiographical one-woman show of the same name."

Check out this adoptees' rights site!! I'm so excited--just found it. There is going to be a march/protest in Philadelphia on July 21st to demonstrate our rights to open records of our birth. The site tells you more. I hope you can attend--I can't; I'll be out of state, but I'll sure be there in spirit!!


(More soon, I've been busy, busy, busy running a day camp for my six year old son and ten of his dude-friends. Man, do I feel old and tired!)
Posted by Andrea at 3:18 PM No comments: